do we still need the labels of religion?

I do understand that religion is a topic that attracts a lot of emotion and I remember some words of wisdom from my father who told me once that when in the company of friends never talk about Politics or Religion. I would agree with him in many situations, however there are times when to effect change we must confront these issues.

I meet a lot of people when out at various events, and often when I am relaying the underlying principles of Link4Growth it invariably stimulates a response from those who have religious beliefs. In only the last couple of weeks I have found myself having discussions identifying the many similarities between Link4Growth and their own religious views.

The aspects of Link4Growth such as 'giving not taking', 'nurturing and supporting others', 'giving unreservedly without expecting return', 'focus on people and relationships not money', 'everyone is unique and important', 'everyone should be respected', does all sound very similar to much of the doctrine from ALL the religions around the world. 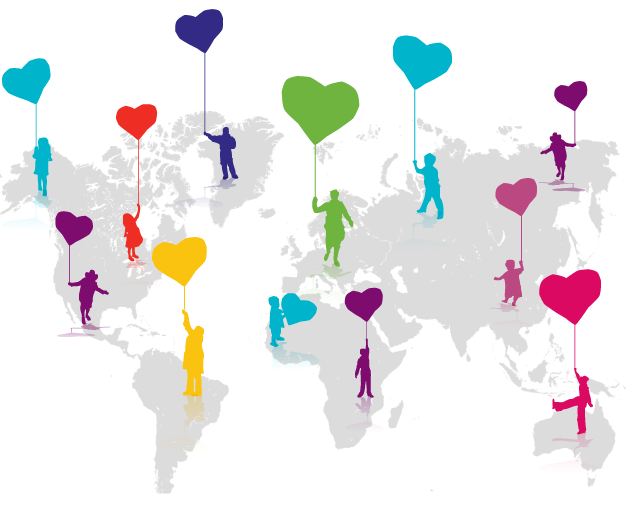 The only difference is that in the above there is no mention of an 'all powerful being', how could there be? For this is something for us to decide for ourselves. We are all human beings, we should live in harmony with each other, we should adhere to good common practices of respect for other life forms and understand that every living thing has as much right to exist as us. We should also respect that each of us has the right to believe in religion or not... but understand this has no bearing on being a good person or being able to serve as a valued contributor to the community we live in.

I remember reading once that the universe, God, Jesus, Buddha, Allah or whichever is the primary focal deity of a religious belief is a man made thing... Religion was created by man... and as we see around the world today whether we like it or not it is the cause of much unrest.

The challenge appears to be that once we affix a label to ourselves, we effectively join a group, which proclaims their belief is the truth, and that this means by default that the other religions are mistaken. I do understand however that there is tolerance amongst some religions which 'respect' the beliefs of others...

Imagine for a minute though if we did away with the labels? Imagine if we all just went about being 'good people' adhering to all the common components of the multitude of religions... and just allowed people to believe in what they wanted in a religious context without the labels... why would we even bother to proclaim our belief, what would be the point?

Being born into a predominantly Christian society here in the UK, we have an unbelievably low participation percentage in religion. Does this mean that the church is out of touch with the population? they've got their marketing wrong? that we are all bad pagan people? ... or is it that we just want to go about being good people without the label?

I believe that 70-80% of the people in this country are genuinely good people. I think they know what is wrong and right, I think they would love to work together to create a future environment and legacy for the next generations, I really do believe this... I am just not sure whether traditional religion and labelling contributes to bringing people together in the way we need it to, or whether, as has been historically proven, it serves more to divide rather than unite.