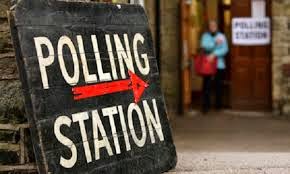 Well the Election of 2015 is now over and we have had the weekend to ponder the result and perhaps put into context what actually happened last Thursday when we went to the Polls. 66% voted who were eligible. Not a poor turnout but not a great one either. So what happened and where do we go from here?

This was billed as the closest election for decades but the early exit polls suggested that a different story was about to unfold. Progressing through the night as the results came in it seemed that even they had been a tad conservative (excuse the pun). The Conservatives romped past the finish post with 331 seats. The biggest losers were the LibDems and Labour at the expense of the SNP in the main and Conservative gains.

What is the analysis though? More calls for proportional representation although in truth this wouldn’t have affected the outcome by a huge amount. 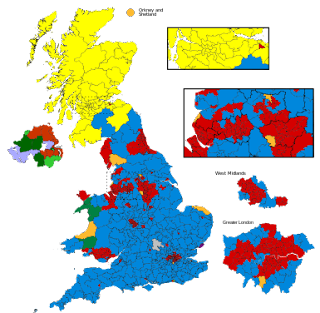 Looking at the results in the cold light of day I think they can be seen as a vote by people for change but that the price paid for saying so was a conservative majority. How so?

In Scotland the majority of the damage to labour was done. All but 3 seats have gone to the SNP. Once a labour stronghold, they have been decimated. The SNP have now effectively reversed the referendum decision to stick as part of the UK, and you can see a further vote now not too far on the horizon. Devolution has begun! which rather than be seen as a negative is actually a positive, providing more local autonomy and less control from the centre. Inevitably a reduction in the size of government and the cost too.

As for the remainder of the UK, personally I believe that there was strong voting for UKIP and also for the Greens, but this diluted the vote for both Labour and the LibDems. Basically many people who voted last time for the LibDems thought they had been sold down the river by compromising on their promises. As for Labour they never managed to convince the electorate they could be trusted with the economy. An opinion heavily promoted by the Conservatives of course. UKIP and the Greens picked up those that were looking for real change, the Conservatives some disenfranchised LibDem voters who probably had voted Conservative in the past.

And so… those voting for change inadvertently helped to create the Conservative majority which would definitely not have been what they wanted. Already we hear of more policies being rushed through that will affect lower income earners and the vulnerable in our society, look out for an acceleration in these and other measures along with introducing initiatives to commence privatising parts of the NHS.

Unfortunately a Tory majority will take us further towards a focus on money and greed and away from rebuilding our communities. All across social media there are people appalled with the outcome and tightening their belts for more rounds of cuts and austerity measures... and yet I am happy with the election result.

Am I mad? Have I lost it? … No I haven’t, what has happened has happened for a reason, our task is to understand what this is and learn so that we can take action. 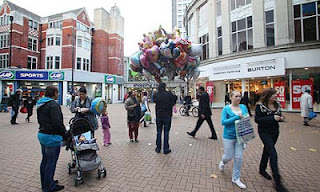 Life is going to get tougher for the 'man in the street' over the next 5 years. People are going to be subject to more controls, more poverty and an even higher discrepancy between the rich and the poor. BUT… this is going to drive more and more people to take action against what will become a tyrannical period of governance.

So… what can we do? We can have a different vision, we can change our thoughts. We can create a vision of the future we want, not the one we are being told we can have. We can get organised, an infrastructure has already been put in place to enable us to collaborate, meet regularly, hold conversations, and to rebuild community from the grass roots up.

We can rebuild community at the local level. Help to grow a strong local economy made up of local businesses by encouraging #L4GBuyLocal. We can have conversations about what we want in our local communities, the vision for our communities, by us who live there. We can come together like never before and get connected with others in our community. We can create a platform to find out the local charities and through the local network connect them with people who can help. Ever tried to volunteer in this country? … it’s not as easy as you would think. By rebuilding community we can provide a platform for people who would like to contribute in some way to be able to do so easily using their talents, not just holding a bucket outside a supermarket. We can also connect together nationally and spread ideas, successes, and best practice, this will enable others to pick up the cudgels where they are, and bring the same regeneration to other cities and towns. 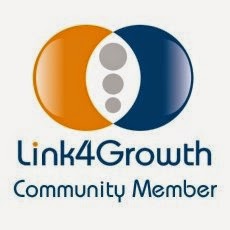 This is not about politics, this is about people and relationships. We must change our focus away from money and turn it to helping each other. Don’t look to the government to make such changes, it does not serve their purpose. We have to do this, we have to step outside the box these people would have us sit in, and take action.

We already have the infrastructure… we already host over 100 events per month at the time of writing this where people (from any background) can come and talk to each other, have conversations (remember those?) and find out about those that live around them. These events are free to attend so that anyone can come along, and at different times of the day, so there is something for everyone… this is not aligned to any political party or religion… this is an organisation built by the people for the people.

This is not the time for sitting back and waiting to see how bad it gets… this is about saying… enough of self serving politicians with their own agenda, we collectively can create a more balanced society based on proper values, principles and ethics… and we don’t need anyone’s permission to do it either…