Intermittent Fasting 1 week in... and a TV Show 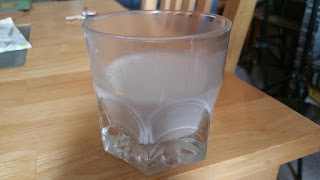 It's been an interesting week in more ways than one... From the beginning of September I set myself a new challenge, Intermittent fasting, 2 exercise sessions per week and no milk.

How have I got on? well lets start with the mess ups... I ordered and drank a latte as I completely forgot I was not drinking milk in a moment when my focus was elsewhere... Sometimes I have eaten outside the the eating window. Well in the past I might have said that's it I've blown it and thrown the towel in... but hey ho these are small beer errors... the fact is that 99% is still good... thanks for the reminder Friday morning +Tania Clarke ... so no beating myself up, accepting that these things are probably going to happen, life isn't perfect and sometimes blips come along... all part of life's rich tapestry.

On to the more important stuff, how difficult has it been? What do I feel like? are there any noticeable benefits in such a short period of time? 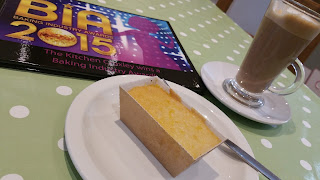 Let's do the easy bit. The Latte's and milk. I'm not going to lie, I do like a milky coffee and... I do like a good cuppa (with milk) and... I go to a lot of coffee meetings... so I'm putting myself into places where I would normally be slurping a lovely latte. Fruit teas and black americano's aren't quite doing it for me as a latte would, but the resilience is holding. If you've seen my blogs on giving up drinking (since March 1st) you will see that Non alcoholic beer has actually started to taste nice... I look forward to drinking that as my tastes have changed, now this is what beer tastes like... same with no sugar in coffee and tea... could I go the same way with milk? ... interesting thought. Black tea and black coffee aren't horrible and you can certainly taste the coffee and tea better, but they are different drinks.

Exercise... yep this is going well. 2 exercises completed within the first week... and another 2 coming up before the 14th of the month... on track... and... will be starting a facebook group Fitness For Fun (FFF) all about helping those that want to share stories and exercise routines to do so, maybe we'll even get a few fitness instructors posting too...

Finally, intermittent fasting. So I am doing the 16-8 version but there are quite a few different options available, interestingly as +Andy Fox was saying on his TV show this week, women can fare better with 14-10 something to do with oestrogen levels and hormones, and there are 5 days eating 2 fasting... but do check out the Health & Wellness TV show from last Wednesday (below) this is going to be a bi-weekly show and is going to cover some fascinating subjects.


The 16-8 is basically 16 hour window of fasting and an 8 hour window of eating. Bearing in mind 8 hours should be sleeping. 8 of your waking ours are permissible to eat in. What this means for me is that I normally have a breakfast at circa 9am and then a final meal at around 5pm. Nothing is then eaten after 5pm until 9am the following morning. Variations could be 8am - 4pm or 11am to 7pm it is up to you and although life will make it impossible at times to keep to this +Andy Fox  suggests start of trying to maintain your chosen approach religiously for a few weeks so you can see the benefits before 'allowing' yourself to deviate.

How has it been then? Well surprisingly not that hard. It's got to be treated as a lifestyle change. But actually less bloating, 2kg of weight lost in a week. Less tired (could be I am trying to get at least 7 hours although this is resulting in earlier to bed and earlier to rise, 10pm to bed 5am awake and working), more energy, yep I am actually doing my fitness routines again. Have been full of excuses for months. Has this new regime given me both the discipline... and the energy? ... Could be but I like it! I have also not felt the need to do any snacking as I am eating very well during the 8 hour window, then keeping busy before heading off to bed. Before you know it it's morning and breakfast. I have been drinking water, black coffee and black tea during the fasting window... this appears to not cause a problem, no milk! 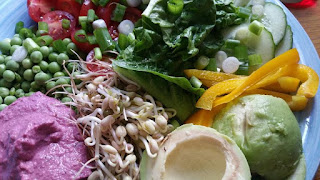 Thinking about our human evolution it would have been impossible to go finding and eating food in the dark, so life would have been filled with daytime eating and periods of abstinence during the dark hours... and looking back on my grandparents they ate at 8am, 12 noon and also at 5pm... nothing outside of that. If we eat a biggish breakfast, light lunch and then big meal at 5pm it can save money too. Two meals a day instead of 3 with a fruit and yoghurt (less heavy and sleep inducing) as the midday meal.

Now onto the exercise. Well up until this year I'd been fairly good at regular exercise with my nephew a personal trainer but with the heavy workload of 2016 this has lapsed. However I have the equipment and also the routines and so have now kicked this off again. The first 30 minute set (a breeze last year) nearly killed me and I'd made it easier... but the second time doing the same set it was much easier. Seems my no drinking and healthy eating has made the return road to fitness an easier journey.

Look out for a new Facebook group I'll be creating soon... Fitness for Fun (FFF) where I will be sharing the routines and inviting others to join me... also would be good if some nutritionists and health peeps joined us there +Martin Dealey +Varsha Khatri ... check it out and come join us!

That's it for now... more updates as things progress...