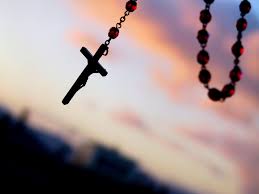 For more than a few years now I have been seeking in my own mind to unify my thinking on God (universe, spirituality) with that of... self determination. What I mean by self determination is that we can create the life we want, it's up to us. This was highlighted even more when working through the Thrive Programme with +Tania Clarke at the back end of 2014. The Thrive programme is all about taking responsibility and not giving away your power to some external figure.

The idea was mooted that if you put your faith in God (spirituality, the universe, call it what you will) then you are effectively giving away your power to something else and thereby reducing your ability to create the future that you want. You can blame someone else, it's not your fault, God didn't want that to happen, whatever the excuse might be. Hoping (praying) for something to change without any other effort is unlikely to deliver the kind of results you want. 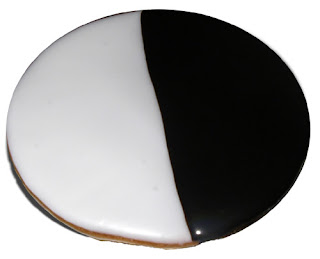 Now I have been processing this for almost two years now, not in a troubled way, but in a questioning way, and... I had a bit of an epiphany moment this morning (Saturday 24th Sept 2016). My problem has been it isn't in my opinion as black and white as this. There has to be a way of taking responsibility (self determination) and being spiritual at the same time in my opinion, the two things are not mutually exclusive. I know plenty of people who believe in the universe, are spiritual and who are accepting that they are responsible for their lives. They are definitely not relinquishing their power.

The problem I don't believe is the idea of God, the Universe, or Spirituality (GUS for short in future) per se, but our implementation or how we actually think about these things. Let me try and explain. 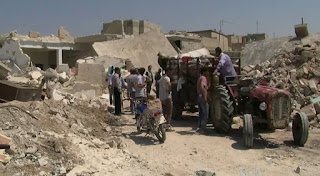 If we are taught through religious doctrine to put our faith in GUS and everything will be alright then I agree we are giving away our power, blind faith and nothing else isn't going to cut it. We get into the whole argument then of how can there possibly be a GUS if such horrors that we witness daily are 'allowed' to take place in the world. I agree, if all we had to do was put our faith in GUS and everything would be okay, then, clearly it isn't working, things aren't all sweetness and light are they? It is easy to hear the argument of the Atheist and very plausible it is too, how could you possibly believe in GUS when we are constantly being let down and seemingly nothing is being done to appease the suffering in this world? A kind benevolent GUS would not be so cruel and heartless to subject its own creation to such misery would it?

On the other hand though, I am equally bemused by those that claim it's all up to you. Who teach that it's all about positive thinking, clarity and setting the intent about what you want. Our brain's don't care about what is actually good for us we are told... our brains will manifest into our lives whatever we focus on, focus on good stuff... good stuff will come, focus on bad stuff... bad stuff will come. Now herein is my confusion. If we are basing our whole argument on 'Positive thought and taking action' based on facts, reason and science, then, how does a simple belief in an outcome create it? Two issues here, if we all did this and there were conflicting thoughts and outcomes, someone is going to be disappointed, second, how does this work? Where's the proof? I know we could run off and create lists of situations where we can see focusing on what you want delivers, but how does it work, is this some kind of magic?

Now I am being devil's advocate here because, actually in the 'positive thoughts' camp of course it is an iterative process. The thought to create something don't instantly create the outcome. It is the taking action, learning (positive reflection), go again, and so on, that takes us ever closer to the idea we had. And of course the idea will mutate, expand and develop based on the knowledge that we gain as we travel the path. 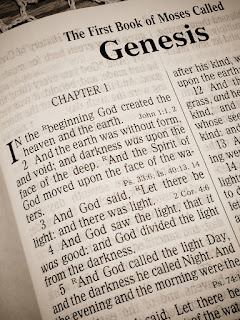 But I want to now revisit the Bible, the book of Genesis. I want to make the point that I don't believe the story of Genesis as an accurate reflection of how the earth was made. But I want to propose we look at it a bit differently. Let us suppose this book represents a way of thinking. A lesson in 'positive self determination thinking'.

Now God starts out with an idea. He wants to create a world. So he sets about doing it. He has a belief, not just a mild 'maybe' I'll give this my best shot kind of belief, but an absolute belief in what he is doing. Also massive faith in his resourcefulness to achieve it and a real vision for what the outcome is going to look like. He gives himself a timeline to accomplish the result... even builds in a bit of rest time.

Now what if the bible wasn't giving us something to believe in word for word, but actually a real life lesson, an example of how we could create as God (GUS) does? Isn't this the same as focusing on what you want, taking action and having belief in yourself?

Wouldn't this then allow us to Unify the thinking between religion and those that think this is all about giving away our power? In reality... when the bible talks about belief and faith, I think we have been guided to focus our belief and faith on something outside of ourselves? Faith in an external God and belief in an external God ... when all along perhaps the real interpretation of this should have been have faith in ourselves and believe in what we can create because if we follow the example we're given in 'the book of Genesis' it's about our conviction and what we do and if we put our minds to it we can do anything... create a world? ... well maybe not, but definitely change it, massively, at the very least! 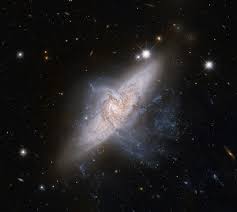 We are all capable of creation. Manifesting, focusing on what you do want, not on what you don't. Working on your own thoughts to process what happens and either celebrate success or learn from the experience. We are all capable of doing this. The more we do it the more probable our lives will be filled with positive, enjoyable experiences and we will be happier as a result.

So this brings me to my final point. The above discussion deals with belief and faith in what you are going to do. The bit it doesn't deal with is where the idea came from in the first place. From where are we inspired to create something that doesn't exist. From where do we come up with something new. If all we are ever doing is working within the confines of what we know, we would never progress.

So maybe... the God, Universe or Spiritual element to all of this is the power and ability to create, to imagine, to design an outcome or vision in our minds. We can all learn to run our minds better. To work on our reaction to an event and process things in a more helpful way. But ideas, creating, imagining, visioning, this is the bit that excites me the most... I think if we are all honest with ourselves coming up with something new excites us all... it just gets crushed out of us in our conditioned daily lives... and that is a subject for another day...