Some reflections of Christmas Past 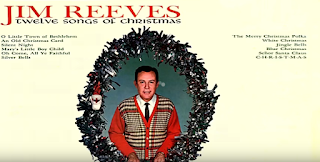 As a young child memories of Christmas were filled with the excitement of a pillow case full of presents left by Father Christmas at 5am or so. Grabbing the sack and then bouncing onto my parents bed as they 'bleary eyed' tried to conjure up as much enthusiasm for the same presents they had wrapped wearily late the night before.

All the senses are stroked at Christmas, taste, smell, hearing, seeing, touch (feeling) and of course emotions... a veritable sensory bath along with heavy doses of kindness and love. I can still hear the soothing dulcet svelte tones of Jim Reeves in the background (thanks to YouTube listening to him this morning in Budapest too) no Christmas would quite be the same without Jim.

As the Christmas's rolled by recollections were of spending almost some of every Christmas day visiting grandparents in hospital. Although at this moment it seemed these visits were just an interlude in the festive day at home, a chink of light began to dawn on my evolving mind about what Christmas (or the annual event) actually means. 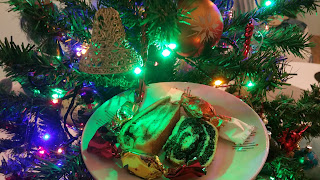 Roll the clock forward forward and Christmas has become a huge month long expenditure that people feel obliged to participate in. Those choosing to not get wrapped up in the hype and excitement of the marketing buzz being seen as some kind of kill joys. So on this Christmas morning, in the peace and quiet of my Budapest retreat some moments to reflect on Christmas.

What I liked about Christmas day and I picked up on this quite early on was that everyone seemed willing to 'help out'. Family who detested washing up now doing it cheerfully with a smile (including me by the way). Everyone mucking in and the saying 'many hands make light work' never getting such an airing as it got on Christmas day.

We also see thousands of people working with charities that throughout the year offer support to the elderly, sick and homeless. There are millions of good deeds done in the name of Christmas throughout the world, often whether people are Christians or otherwise. 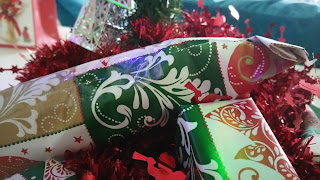 Christmas is also a financial windfall for businesses. Who can blame people who struggle throughout the year and catch the 'wave of Christmas spending' to help ease them through the lean months of January and February.

I can't help thinking though that Christmas ultimately is a single day. Yes people are now putting up decorations in November! ... and the whole of December is turned over to milking the Christmas machine. But you can also compare it to Small Business Saturday for example. A single day aimed at promoting our small independent businesses. No sooner it is over it's back to normal. No sooner Christmas is over it's the Sales, Easter and Holiday advertisements. Nothing wrong with looking forward, but it seems to me the soul of what this is all about has really got lost, and I'm not talking about Jesus being born either... probably that was in the summer anyway. 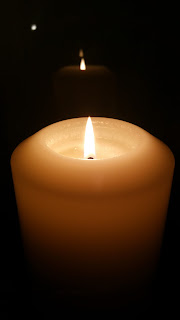 I am talking about the feeling I felt growing up. The feeling of people wanting to help others without expecting return. We know we can do it, we do it for 1/365th of a year, willingly. Of all the things that happen around Christmas this is the one thing that costs us nothing. Yet it is buried in the commercialism of the Christmas profit machine.

Does it feel bad? Does it feel awful when we give? Maybe we need to take the thinking out of it? ... I know, because I have felt this on thousands of occasions... "I won't do that for this person because if I do, then that will mean I have done what they wanted, and they will feel they have got one up on me". Almost like I had surrendered to their control. Ego, it gets everywhere. What if we just didn't do the thinking? What if we didn't care what the other person thought? ... what if... we just did it and were happy we had... and that the person we did it for was happy too, end of? ... I'm not talking about doing something bad... something that would make the beneficiary happy.

Christmas gives us that excuse. That excuse to be able to do something for someone "because it's Christmas" like it is the escape route we can substitute for our ego. I'm not losing face, I am just getting into the spirit of Christmas... but don't worry I'll be over it tomorrow or on the 27th... or perhaps the 2nd January. 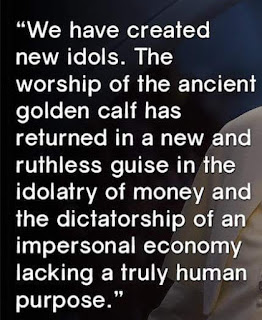 If we repeated what we did (minus all the commercialism) for others at Christmas every single day, would the world not be a better place? What is stopping us? ... is it time for change? ... it is up to us after all, no one else can do something this big... everyone could join in... are we waiting for others to go first, or others to get the ball rolling? ... why not you?

Kindness... it's not just for Christmas...