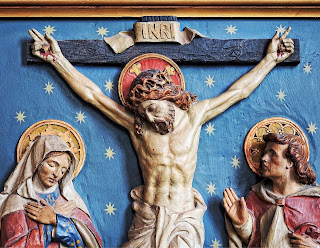 Another word that has its roots very much buried in Religion... but it is a word a bit like Integrity a little difficult to pin down exactly... and so I am going to discuss a couple examples where it is used and we can explore the meaning from different perspectives. I'm also going to avoid graceful which is a different thing altogether. 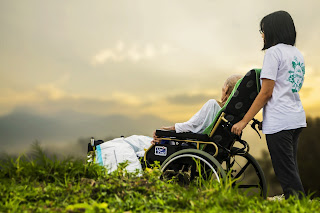 Grace is not earned...


Key to this in a religious context (not my own thoughts just discussing) is that we can not go about our business point scoring which we can then redeem for 'being in favour with god'... our debt through our sin is so great that no human being could possibly do enough good to be exonerated from the debt... and reach that place of 'job done'.

So by the grace of god is to basically accept that "we are not worthy" and that his loving kindness and generosity to such low life such as man is wholly unwarranted and we don't deserve it all... There by the Grace of God go I...

So where do we start with this...


Basically all of this based upon there being a God in the first place who is making decisions about us... and that we are powerless to do anything about those decisions... and... that there is nothing we can do to 'earn' favour... thereby we just have to accept whatever is dealt our way and be grateful... 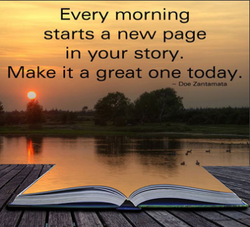 Sorry... nope that isn't the way I see it at all. I do believe that we have the capability to influence the future... we are all energy... ultimately if we can conceive and believe something then we are able to create the circumstances with our actions and behaviour to bring that into being (manifestation). It might not happen the way we planned it and of course it rarely happens that way... but ultimately it will happen if we set that intent.

I've oft said that if we put the intent out there and put our energy into it then things will happen. I cast my mind back to when I was a fresh new salesman in the computer software game. We sold manufacturing control systems at around £200k-£300k. Now when I first moved into sales... I had no prospect list... was given a black book called Compass which had all the info about companies in the UK and a telephone... off you go.

I sat there day after day making calls and I think I got one prospect that way... but... within 18 months I was top salesman with more prospects than I could handle... somewhere along the line I was being repaid for doing that mind numbing work... the universe rewarded my effort. Didn't come from where I expected or wanted it too... but nevertheless. Examples like this have happened to my or people I know time after time after time... it has nothing to do with God... but it is to do with energy, attitude... putting in the effort and setting a clear goal... with Intent... then... go like the clappers!

The whole issue with God is to basically surrender ourselves to the thought that we are basically rubbish (not worthy) and that what happens is pure chance based on the grace of God... mmmmm... I'm not alone questioning this I know. 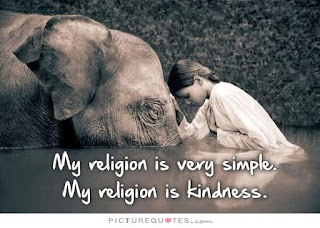 Grace as loving Kindness to others

I like this definition... I think to love others non judgmentally, regardless... and show kindness in a sincere and compassionate manner is an awesome quality... I think we could all think of someone that demonstrated this... princess Diana did on many occasions...

One of the best players to Grace the game

In this context I guess the meaning is that whoever is being referred to has not only become top of their game but has also managed to do so in such an exemplary manner as to be considered a role model for anyone who should want to follow in their footsteps.

I think some of the top Tennis players in the world such as Federer, Nadal and Djokovic could all have been considered to grace that particular game.

He / She received the compliment with Grace

Receiving compliments from others could be considered by many to be honoured or put on some kind of pedestal by others... to be considered superior or exalted in some way. I think Grace in this context signifies that the recipient is humbled by the honour being bestowed upon them. Accepts the compliment neither in a way to denigrate the giver nor to give the impression of being elevated because of it... I think a simple Thank you I am extremely grateful and honoured would be more than enough...

This was one of those words that I was going to struggle with and I am sure that I am not alone... I hope that some of these thoughts resonate with you. It's taken we two days to get to the end of writing this... and there's quite a bit here now... when I started I thought it would be a very lean post... enjoy!!