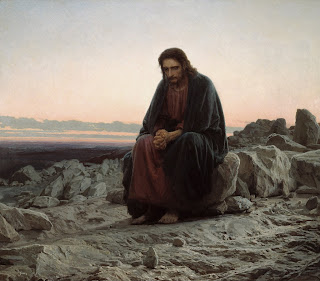 Final day of playing catchup with Lent words and today's word Tempt. To Tempt... could be tempted to do something, be subject to temptation... or to tempt someone... Tempt is often used in a English to signify moving towards something that is considered 'worse for us' or contains an element of risk.

'Tempted to go for it', tempted to change something. Temptation is something that maybe catches our eye and maybe looks more promising that where things are at the moment, greener on the other side... to perhaps disturb the status quo... bring about change.

Temptation could be seen as someone breaking rank... deciding to be different... being a maverick... taking chances. Entrepreneurs are often tempted to take on training, to give things a go... and so many of those who I work with daily are taking risks, choosing to not follow paths laid down by others... tempted to find their own way.


The Bible often talks about temptation... the snake in the garden of Eden sowing seeds of temptation... with consequences we all know from the story. Temptation by Satan with Jesus... trying to break the purity and pour in evil instead... but he was able to 'Resist the temptation'. The word temptation being used here as almost the end game if Satan had come through with a win.

I like to think that the word 'Tempt' is to court the idea of change. Although the connotation of the word is to be used in a slightly negative manner... I have no 'bad feeling' for the word itself. To be tempted is to be shown something that interests us. Like I have been tempted to do Yoga... and have now done it! Nothing bad happened!

Change of course is to disturb the status quo... this inevitably upsets people. People seek safety, seek comfort, seek continuance of what they got used to. When one person changes it enforces change on those close by. For those ill equipped for change and less resilient this is often painful and very challenging.

Unfortunately we are focusing our attention in the wrong area. The only surety, the only guarantee we have, and the one constant, is that things change. What we perhaps ought to do is focus on our ability to be comfortable with change, be resilient, resourceful, adaptable, confident in that whatever is thrown at us we will be able to handle it. 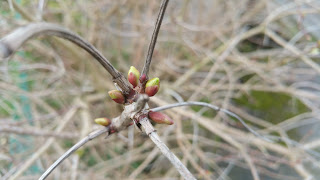 We spend our lives fighting to prevent change, when we know the only thing that is guaranteed is that things will change. What a totally fruitless waste of energy? Why don't we spend the equivalent effort to equip ourselves with the tools that we are able to handle anything that comes our way. Skills of survival, resilience, innovation, creativity... being able to think clearly when all else around us is in turmoil.

As Anita Roddick of the body shop famously quoted... "Learn to nest in the gale" ... learn to be at home when everything around you is changing and lap it up! Revel in it... be grateful for it... use these opportunities to sharpen your saw. We learn quicker than at any time in periods of change... everything is up for grabs... we have to try things, experiment, process quickly... re-evaluate... go again... 10 years worth of experiences in 2 -3 months or less... these are the times we find out what we are made of... where we build our character... not everyone... but many do. 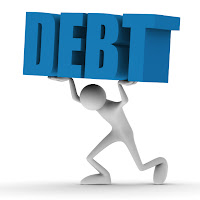 There are those that would encourage us to not be tempted... not to try things... not to experiment... not to seek change... not to disturb the status quo... who might they be? People who are telling you that you have too much to lose... not how much you could gain...

I just want to refer in this conclusion paragraph to the line in the Lord's Prayer... Of course...

"Forgive us our sins, as we also forgive those who sin against us. And lead us not into temptation but deliver us from evil... "

We see the use of temptation here...  It's ok to keep sinning here as we are being forgiven... we also forgive those who've sinned us... so we can pass judgement based upon our own perception of what constitutes a sin (and who the hell are we to deal out forgiveness anyway)... slippery ground indeed... and finally... lead us not into temptation... temptation of? ... being in league with devilish things? ... or temptation to change what is considered normal or acceptable behaviour?

Perhaps another example of let's not encourage people to 'think', 'change', 'innovate', or take responsibility.. they are a dangerous crowd of folk!
Lent 2017