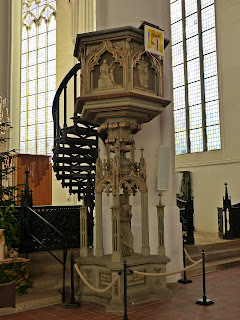 Scraping my way towards 20 words... and today I'm writing about the word 'Tell'. So being as this is a lent list what is that all about in a religious context? Perhaps it is about telling others about the message of Christ and sharing the 'good news'. I'm all for sharing good news... as those who follow my activities in Link4Growth will already know... but... it's a dangerous game to 'tell'.

When we tell someone something in a 1-1 encounter there are generally two situations.

In the first situation above we have been invited to share something probably because the person asking us believes we have something useful to contribute, or they would like to know our thoughts on a subject.

The second situation is very different. This is where we feel compelled to tell the other person some information based on our judgement that they need to know whatever we have in mind. A kind of... you're going to hear this whether you want to or not approach. We do it without thinking and I'm as guilty of this as the next person although trying to get my ship in order.

To tell someone something is to say something that we already know... or express an opinion we have already formed... to ask questions and listen, is to open ourselves up to the possibility of learning new things and being enlightened in some way. 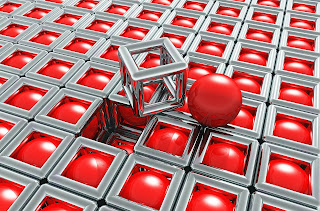 Our society is full of 'Telling'. We are led down the path with our whole school experience. We are told everything. "Tell us how it is". Very rarely are we given the opportunity to create... to co-create... to work in teams and do something together. So we become a product of what is already in the 'known space'. Measured against how much we have retained of what has gone before. Not rewarded for expanding our thoughts to look outside the box... but only by how well we fit inside it.

This conditioning creates followers... it creates a feeling that there are others better than I putting together the answers for me... who have been put there to find out what works for us all, experts, who know what is best for us... to create the pathway for us to follow... and we, through being 'told' like 'dutiful citizens', follow the path laid down for us... the good news is that we are given a fair selection to choose from. 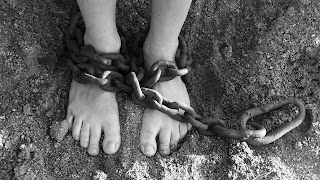 Slaves are made in such ways... our power to decide... our power to find 'what works for us' taken away from us as we accept this approach to society. Now the big question... was this contrived by 'they' or did this just evolve as part and parcel of our necessary evolution?

I have no idea is the answer... and the reality is if we seek to find someone to pin this on we'll never be successful... if 'they' could contrive such an amazing global manipulation then in truth they would rumble a few upstarts trying to bring about change as well... maybe they do and then silence them... another story!

The point i'm trying to make is that whether by design or otherwise if we recognise that we use the word 'tell' and as our basis for our own understanding, rather than 'enquire or question' we are heavily influenced by the known and what has gone before. Maybe that doesn't work for us... it doesn't work for me certainly. 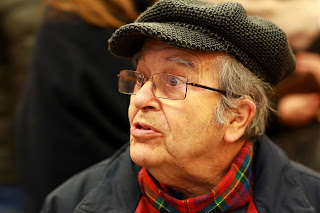 21st century thinking has got to be about dealing with an uncertain world, uncertain times, and being prepared for whatever comes our way. For example... if all the money you have put aside for your retirement was suddenly eradicated because the banking system 'failed'... then what? ... I heard the other day someone say to me... no problem just put the money into assets... ahh yes... housing... you mean the asset that no one will buy because they have no money? The asset that finally will become what it always was 'a home' not a means to 'make balloon money'. Try "Telling" someone who followed the path... save you your retirement... you'll be alright being told... sorry... all your money has gone... you have nothing... ponder for a moment that situation and the import of what it means to both them and their families and even worse those without families.

And so in this simple example... we have to get the notion in our minds (in my humble opinion) that whatever we have... we must be prepared to lose... now for many that really messes with your mind... those that have nothing or have already dealt with that craving for more of everything... might have less issues... either way an uncertain, challenging, "not the same as the 20th century" is on its way... 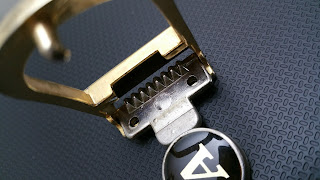 There is no one who can tell us what this is going to be like... the point is... we've never been in this space before... we've never had the internet before... we are more conscious as a species and self aware (probably) than we have ever been before... it's different... those 20th century rules of 'follow thy leader' don't cut it any more...

Maybe you think I'm overdoing the hard sell here... maybe I am... but... we cannot dispute that with the banking crash in 2007 was a wake up call... the long long period of depression in the economy with no end in sight (because there is no end, and no one is talking about it because they haven't any idea what is going on)... the fact that continual growth is now being viewed as impossible and just a false dream... that we had Brexit... that we got Trump... and that the world is being destabilised by the media, false news. No one has a clue anymore of what to do.

Time to buckle up. Time to develop yourself. Time to get resilient. Time to develop belief in your resourcefulness... Time to build your own path... all the others have gaping fissures in them... perhaps if we focused on what costs nothing but means everything... caring, sharing, supporting, integrity, humility... and kindness... the future would be very bright indeed... those quailities can't be taken from us... we can only 'not do them'... time4change...