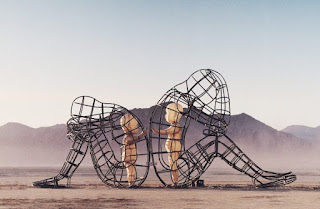 Communication is a hugely complex subject

Even more so because communication often comes with a whole load of baggage. What do I mean by that?

Many of you know my mum has been unwell of late, she is doing ok right now though which is great. So let's look at the simple question "How is your mum doing?"

This could be a very simple question... taken at face value with a genuine heartfelt interest and desire to get the latest update. However it might also be a leading question, loaded with all manner of other judgments. Let me explain what I mean.

Last week I had a meeting with +Jon Thorne who was explaining to me about how autistic people just aren't hard wired for 'socialisation'. What he meant by that is that questions are answered without the complication of saying what is acceptable to the recipient. This comes across as rude or lacking empathy... but it is neither, it is a hard wired difference in the way the brain works. This type of thinking could be invaluable in certain situations and yet in others just doesn't fit in with socially acceptable behaviour... 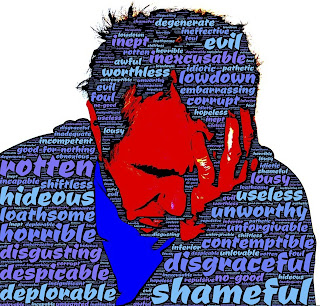 So back to my question...

The answer to this question could be very different depending on my mental state, or how I am handling my involvement with my mum's recent illness. By the way this post is not aimed at anyone in particular (nor is it about me) I'm just using the example as it has all the elements I would like to explain.

If I was feeling guilty about my contribution. This question (depending on who it was from) might be a very threatening question. I might immediately think that the person asking has already evaluated (and knows, or has heard from someone) that (in their opinion) I'm not doing enough to help my mum. Suddenly I could be thrown into a world of pain... social anxiety... brought out by my own guilt and my belief the other person is being passively aggressive by making a point about my behaviour. Which they clearly disapprove of.

All of this happens in an instant... and how am I going to respond to such a question?

What if I was confident about my contribution thus far? Well a much simpler question to answer... I would immediately share how she is and how hopefully my participation in her welfare is making a difference.


What of the questioner? 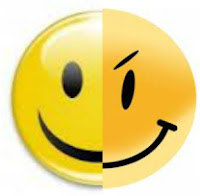 So what if the questioner knew of my less than adequate contribution (in their opinion) and was perhaps looking to express their dissatisfaction through an otherwise innocent question? ... the thing is the question could be innocent, it could be threatening... that depends on the recipient and how they receive the question. This could be passive aggressive... to an autistic person it would be a simple question... but not to us 'Socialised' folks... we have a load of other stuff going on (most of it less than helpful).

The recipient has a problem now. Does the questioner know how much I am doing... are they making a judgement about me... trying to make a point and thereby bring about change? ... or perhaps being nasty... or maybe they know nothing at all...

The answer that is given may not be the actual facts at all. The answer given might be to cover up my shame. It might be so lacking in detail as to be of no use to anyone... it might be a downright untruth.

Even when we think we've been clear and said exactly what we mean... the received communication is way more complex than the words spoken... and is subject to the 'state of mind' of the recipient at that moment in time. Words can be interpreted differently... they will generally be slanted by the recipients view of the world, the subject and of the person speaking as well... different levels of credulity given depending on all those factors. They might also have a tendency (low self esteem situations) to believe 'over zealously' that the person speaking is having a pop at them... somehow looking to hammer a few more nails into the coffin. 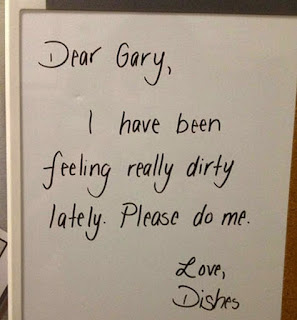 If you are constantly thinking about what other people think about you... whether people are behaving in a passive aggressive manner towards you... or trying to coerce you through social anxiety or bullying... it is going to be a chaotic and challenging world.

Once we are aware of it then we do have the choice. The choice to not have all this chatter... the choice to follow what makes us happy... to not worry about what others think... to put a set of principles in place that we like and run our lives according to those.

Autistic people I think have got the edge in this 21st century. In a time when we need to be way more authentic, say what we mean, share what we think not what others want to hear... we are going to have to be a lot braver. Autistic folk haven't got any baggage to get rid of they do this naturally without a thought. Perhaps there are lots more of them around now for a reason?