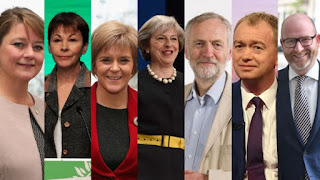 A long time ago an idea was created to control the masses.

They called this democracy. A great idea at the time.

Provide people with a 'pseudo' element of being able to influence how they were governed. Fabulous idea.... and so a predecessor of our modern day democracy was born.

The reality however is that this isn't democracy at all. I have often heard people say. You must vote... people died to provide you with the ability to vote. To be a part of deciding who will govern our country.

Why must I vote?


I am sorry to break this to you... the people who govern our country have not been the people who sit in parliament, nor have they been the prime ministers of old... this election will be no different. We see in this election for the first time in a while, two more polarised candidates (Conservative / Labour) than we have for many a year... however in the Ted Heath / Michael Foot days this was normal. We have just forgotten (or we weren't born).

Sorry... but since the announcement of the election was made and the rhetoric began, we have once again been duped into getting excited about the candidates and swept up into their stories. Social media is rife with it... divisions becoming deeper.

The FACTS are that in all the time that I have been able to vote the reality is... these people can't fix anything, they never have. How could they? ... a tiny handful of people trying to sort out the issues of 70 million people from a range of diverse countries, cultures and backgrounds.

Ladies and Gentleman... I will not vote because our ancestors fought for what they believed was right at that time. Maybe they were right back then... but today is a different world. We are presented with a couple of desperate options... they serve to reduce our general levels of misery perhaps a little... but they do not provide any answer to the issues we have in all aspects of our society. This flavour of democracy is not designed for it. It serves greater masters than the puppets in Whitehall.


Not this debacle they call democracy. I vote for having something which delivers for all of us and unifies us... I vote for something that we can participate in within our communities where we can all provide a contribution rather than expecting someone else to do it for us... yes it does mean taking a bit of responsibility something we have been convinced we don't need to do (nanny state).

Before any one says... what we have is better than elsewhere in the world we should be grateful... I am pleased we have freedom of speech... I am pleased that we do not get locked up for speaking out (or worse murdered) .. but I also believe that we should use our freedoms to bring about change, to lead by example, not to bandy around our idea of democracy as a justification for continuing with what we have (worse still exporting to others)....

The world is changed (past tense) ...


And... while we continue to play a game of 'how long can we keep history alive' the more painful it will be when the inevitable change comes about.

I do believe that Democracy has served its purpose... how could we start to understand its flaws unless we experienced it for long enough to learn. But there is no need to continue tinkering with a tired old engine that is actually holding us back from where we need to go next... new ideas... innovation, a new framework, coupled with those people who want to serve is what we genuinely need now.

If you want to know more about how we could start get in touch... if you would like too, you can find me I am sure...