Apathy might not be the main cause of our inaction for change... 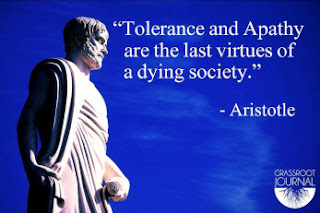 I hear the word Apathy a lot

"People are so apathetic. They want change but no one is prepared to do anything". There is often a moment of rage about an event, or a person, where everyone is up in arms... but life moves on... memories are short... and whether we believe it or not... we leave it for others to take care of it as the next issue, big news story rolls onto the TV or into the newspaper. Social media is agog with dismay about Brexit and the Election... and yet in our communities it's business as usual... we're upset of course... we're angry for a bit of course... but let's be honest no one really changes do they... we just carry on.

Why is that do you think?

... we're happy to join in the noise, post stuff on facebook, register our discontent but actually taking up some kind of leadership role... taking action... that bit rarely happens and soon fades as those trying to rally the troups realise that no one is that interested in doing anything... and every day it fades further from peoples memories... and so the likelihood of recruiting people gets less and less.... 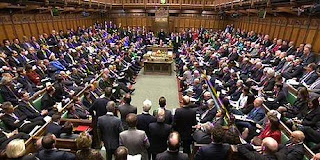 Is it because we don't have enough leaders who care?

In truth anyone can be a leader... Many don't want to lead because
There is so much that needs doing and yet not much is happening... Apathy is blamed for this but actually I believe that is a symptom not the cause...

We need people who want to lead...

Leaders are often likened to entrepreneurs, people who step up, take on a challenge, put themselves at risk of success and failure. These people display the qualities of those that could 'take charge' of a situation... Often it is those running small businesses that do engage in causes or community action groups, but what is their motive for doing that?


Herein probably lies the biggest single challenge of our time...

The battle in our minds between wanting to step up and do something constructive, positive and bring about real change but... Not doing it for any glory (or gain)... Not doing it so that we are seen as the one who came up with the 'right answer' ... Not doing it to be a hero... actually unlike in all the action films, books and fairytales we've ever seen or read.

We have been fed via fairytales, books, movies... and conditioning that the hero is the one we aspire too... The one who turned it all around for everyone else... Bathed in adulation commensurate with the task achieved.

Probably why I love Lord of the Rings so much... two of the most unlikely heroes... Frodo & Sam... Frodo a tiny insignificant Hobbit from a place no one had ever heard of, and his gardener Sam. Not some sword wielding magicians with awesome powers... just two regular everyday folk who picked up something because they believed their society, their very way of life, was being threatened. There were plenty of heroes in the book... representatives of every creed and culture coming together (not without arguments mind you) ... but the very threat of life itself and freedoms were at stake... way bigger than petty squabbles between nation states.

In Lord of the Rings... everyone pulled together. Everyone did their bit. Nothing was insignificant. Everything added up and combined to turn the tide towards the free people's of middle earth. There were many many leaders... many many heroes... none of them even thought about it... they just did what they believed in. 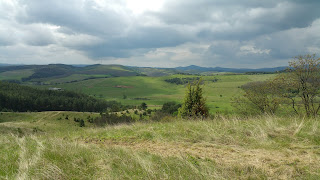 But nature also has the answers...

We don't need a story book... just walk out into the forest or into nature. Everthing you see is part of the free world we live in. Who gets the glory in nature? Where is the adulation? Where is the money accept in the realm of us clever humans?

Every single creature lives out its life in contribution to the whole, even in death... No one flower has the right answer... No one animal or reptile or insect is right... They coexist in the most complex and intricate ways that man struggles to comprehend... Just ask someone about aquaponics and trying to create a sustainable micro environment it's very very hard to do... Nature has done this over billions of years on a planetary scale... How stunningly awesome is that?

No leaders... No control... Each habitat working it out for themselves... 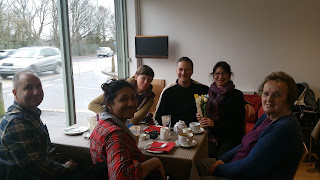 Then there are us humans who think we're somehow superior...

We haven't a clue what is going on, and the past few years have demonstrated that quite clearly... we're going off the edge of a cliff.

We desperately need to provide spaces so that people can have open discussions and conversations. So we can start to work out what we really need, not what someone else thinks we need.

We will need new leaders, not heroes, not self proclaimed guru's, just people who want to do good in the world... not stepping up for glory, self gain or self serving like those we have in the driving seat today... But people who are just prepared to be part of the solution, learn as they go, and want to contribute to society. In the same vein as a food grower might share their wisdom about plants with those wanting and willing to learn.


No one is bigger, better or greater than anyone else...

No one trying to manipulate or control anyone else... People doing what they are good at, co-creating and collaborating because if we all work together we can achieve things we couldn't even imagine where we are right now. Doors we never knew existed will appear for us to makes great strides, quickly and effectively... we just must make a start... 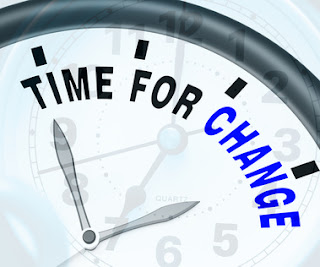 It's not Apathy that is getting in our way... it's highly cultivated and developed ego's for self gain and glorification. It's a constant battle we all face. While people still want to be the 'only right' ... Try to persuade others 'their way is better', we will always get 'sides', 'positions', and 'division' ... All that effort "wasted" trying to persuade others to do our bidding... to satisfy our ego and 'be right'... there is no future in this approach.

Rather we could focus on being the best at what we do (best version of ourselves) and being loving kind human beings. Then if we go forward into the unknown with the spirit of adventurers, co-creating our future with genuine collaboration and no expectation, except, by contributing knowing that we will all help, support and nurture each other collectively as strong, resilient and resourceful interconnected and interdependent communities... in other words... We will all look after each other...