Musings on some of the goings on in today's world 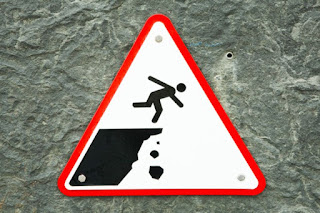 Trump, Brexit... for some, really desperate times... for others, perhaps they can be seen as purely catalysts for change...

I don't know how long Trump has at the helm nor how long it will take for Brexit to be executed... but what we can be sure about is that things are being shaken up a bit, many are upset... people are beginning to question everything... we are more divided than ever... and it's likely to get a lot more ugly before it gets better.

Perhaps we ought to stop looking at these things as they are on the surface. What if we utilised these events as an opportunity for change and to create something much greater, rather than bickering and trying to fix something which is blatantly broken. Also attempts to ride rough shod over other people's thinking, because 'we believe we are right' just further disenfranchises others and provokes hostility as we are seeing now... a huge example of this is escalating tensions between so called 'super powers' being brought back down to cave man instincts of 'mine is bigger than yours'. How little we have progressed. 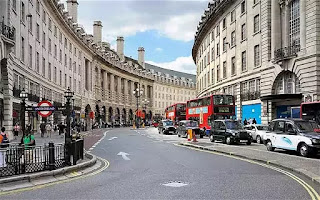 To say the world is at a crossroads is an understatement. There is a catalogue of major problems that's as long as Regent Street, any of which could begin the process of accelerating change... and, we are ill prepared for it. What is worse is that we are languishing in this pointless posturing and polarisation which is keeping us exactly where we are... zero progress.

If we look back at history, change (of whatever type) has never been the result of following the crowd. Indeed, progress is made when someone (or a group of people) decide to do something different. We cannot innovate progress using the same thinking that got us where we are (Einstein). 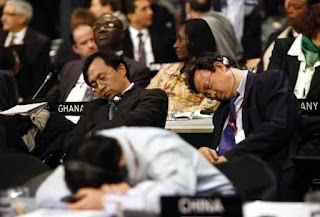 In Business terms... innovation and creativity leads to progress (entrepreneurs)... whereas working out how to be most effective with what exists already, is the domain of professional managers... we have lost our way with our 'creative juices' and look to a bunch of tired old professional managers trying to make tired, broken systems function. What's more we are giving them the power to quash anyone who has a bright idea to change things... pretty sad but true... we have given the prison wardens the powers to keep us securely locked in our cells... and led to believe it is being done for our own good!

Systematically our creativity and problem solving skills have been driven from us through frowning upon anyone who steps outside the so called 'norm'. Anyone daring to be different is challenged, criticised, and often publicly humiliated... Finding your own path is tough enough... but with all support withdrawn it makes it nigh on impossible. Just fall back into line, we don't want you hurt, it'll all be ok... Probably an already low self esteem (struggling to get out) shattered for good. 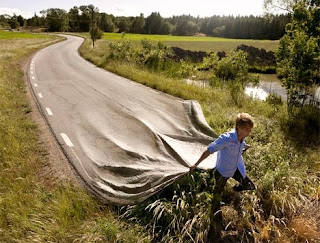 In such ways our society prevents any real change... we have been conditioned to believe that it is such a huge task that it is not even worth starting... and the resulting backlash of even trying, likely to destroy anyone who dares give it a go... and yet... that road is the one we must travel... somehow, someway, because where we are is just squandering our planets resources and slowly we are killing ourselves.

I like to think that the universe has put Trump into the most powerful position in the world to make it very obvious what a 'Narcissist' looks like and why they are so dangerous. An example so bold that each of us must surely be able to recognise what they look like and perhaps... how we have assimilated some of those characteristics into our own behaviour.

We can learn a lot from Trump (and we should... not all teachers show us good things) ... but we can also learn a huge amount from other groups of people now becoming more numerous, I'll share who they are in my next post... 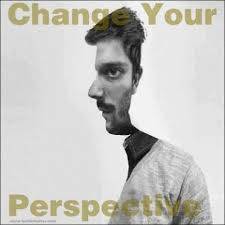 Our society is absolutely riddled with lies, false news, propaganda and... people who think what they are saying is the only truth. How can we actually determine what is real anymore? Where on earth do we start? ... on the one hand science can help... on the other it contains us to what we know... and the solutions aren't in the box.

We are also riddled with socialisation. What I mean by this is that we are living our lives and making decision not based on what we necessarily want to do, but based on what others will think of us. It has become so important to be acceptable.

We have those sticking rigorously to the rules (don't whatever you do step out of line) for fear of being different and alienated... and yet others loving the limelight and being proudly defiant...


We have no shortage of people who are saying what is wrong... and many of us agree wholeheartedly with the accuracy of their laser analysis... but nothing changes though... Why is that?

Maybe... just maybe... if we began to open up to the idea that it's not our independence and the responsibility of individuals to bring about change this time... it's enough of us waking up to the fact that we are all interdependent and ALL responsible... it is about all of us playing our part... however small. This is the biggest collaborative, co-creating team game ever, the stakes couldn't be any higher... it's the planet and the human species this time... do you want to join in? ... 2020 Big Collaboration