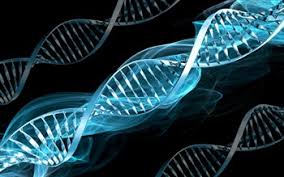 It can be incredibly frustrating when you believe in something so strongly and yet... the person you're 'telling' just doesn't get it. No matter how hard you try to convince them... they are not buying!

Even when seemingly rock solid empirical scientific evidence is provided, or in the case of politics; a water tight reasoned argument is delivered ... it still doesn't work... how annoying is that?

Many believe this is because of confirmation bias... that the recipient of the message hears something contrary to what they believe, and so effectively it's falling on deaf ears... they have already an established and set way of thinking... we could assume we're speaking to a closed minded idiot, or moron, because any 'normal' or 'intelligent' person would get it. We form an opinion about the person... mostly however this assumption is totally incorrect.

Confirmation bias could be part of the explanation, but people can (and do) change their minds and their thinking, given the right conditions. 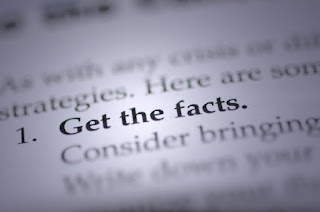 So what else is going on here?

Human interraction is very complex ... but how can someone not even consider that you might be 'right'? ... what an afront to your intelligence... don't they even know how much time you've spent researching this (way more than them) ... "I know what I'm talking about, I'm a veritable expert on the subject!! ... it's completely disrepectful... I'm getting annoyed now... who do they think they are... to not even listen to me? I'm giving them the benefit of my knowledge the least they can do is accept what I'm telling them and agree I'm right".

I suspect if you're reading this you have been through this scenario many times... I know I have... I've been working hard on myself to accept that it is actually ok for others to have a different opinion, after all they have to take responsibility for the way they think... not my job! They undoubtedly have their reasons for thinking the way they do... I'm just curious to know why. 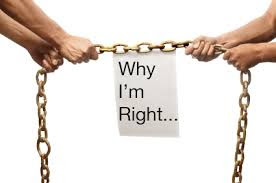 First seek to understand, then seek to be understood... be careful here though...

Try not to listen / understand the person just so we can fire back doubly quickly with even more ammunition. Nor just to belittle their belief... attempt to unravel their views... and then wade back in, even more forcibly piling on the pressure!

We have no idea about the other person very often... we assume a lot... we assume we're right and they are wrong... our thinking is better... they must be really stupid if they don't think like I do... judgement follows swiftly... often 'like minded' people group together... bullying of the 'opposition' is common place... look at our 'leaders' in politics... a great example of how 'not to behave' I would suggest? This is rife all over social media too, much easier to be confrontational behind the comfort of a computer screen, and in public view, encouraging others to come and add weight to the argument...


Whenever we engage with others whether it is children, partners, parents, family, friends, colleagues or acquaintances we pretty much are involved in a buy / sell agreement. We are trying to sell our idea and get the other party to buy... it might be getting the kids to bed early, which restaurant to go too, or even what to do on a bank holiday Monday. Whatever it is, we're trying to convince others to follow an idea. Buy (agree to) our suggestion. 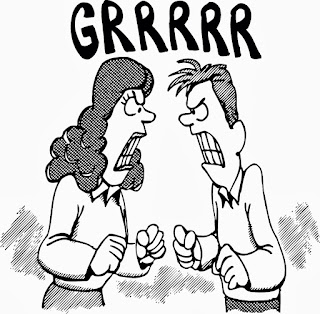 If the person you are talking with tries to force their agenda... gets angry... starts shouting... we're in for a long haul and resolutely stiff opposition, people just dig their heels in... stubbornness ensues.

Now we are left with Ego... each person sticking to their guns and unrelenting. Neither willing to back down, it's become a game of win / lose... and the Ego isn't going to let you lose...

So we end up with a strong scientific case being dismissed not because the science doesn't stack up but because of the delivery... quite simply the more heated it becomes... the more forceful the message... the less likely an outcome that benefits anyone.

I don't know about you but given the choice, I never bought anything from someone I didn't like. The more heated discussions get, the more people are likely to create dis-favourable opinions of each other, and then, the smaller the chance of convincing anyone of anything... even if they really do agree... there's a high probability they won't give the other the satisfaction of knowing it.... debates like this often end up with 'name calling' and worse.

If we are to succeed going forward... we have to see that winning at the expense of others is not satisfactory... we have to all win, not just those with a bigger fan club! To create the future we all want we might like to consider dropping our Ego's and just live out our beliefs, our truths, and be consistent with it... if those things are executed with humility, compassion and love, selling is not needed... it's clear for all to see... and if they like it, then they can adopt those parts that they are aligned with. 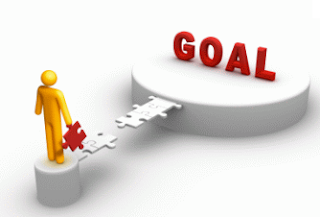 Was it the messenger all along?


"Begin with the end in mind"

Ask yourself the question... Why is it so important to you that the person you are talking too believes what you say and follows you? No right or wrong answer... just dig deep into a situation that you can recall and reflect.

We can all take responsibility for how we think, engage and treat others in our conversation... the only 'right' is there is no 'right' ... only that which works for each of us. And it must be our own conscious choice to decide how we think... not the result of being blugeoned over the head until we conform or follow someone who is louder, more aggressive or seemingly has more 'power'.

If the person sharing some evidence or other is completely ambivalent about the outcome of the conversation... enters the discussion with the Intent to understand and learn more about the other rather than impose their 'truth' we might just get a lot more co-created wonderfullness and collaboration.


We are all responsible for finding what works for us... but in doing so, we must extend that 'right' to others as well.

Sometimes we might choose to follow others if their thinking is aligned with our own... at other times we might lead, helping others in some way... and in other situations choose to innovate and create new ideas discovering our own adventure.

There is a famous saying... "if your message isn't getting through, don't just shout louder, improve your argument"

... here's another... "if your message isn't getting through, try listening, not telling".
Personal Development