Showing posts from November, 2017
Show All

A bit of exercise really does make a difference! 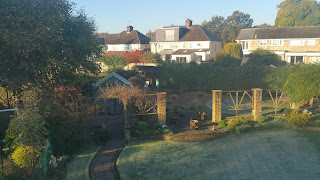 The weather has been getting cooler (you might have noticed) ... and wetter...  This has meant I have felt less inclined to get out on the bike. Cold fingers, cold legs... being two of the main issues... However mum needed something dropping into the doctors and some shoes picking up from the orthodontics clinic... so i took the opportunity to 'get on my bike'. It was chilly... it was fresh out there... but... it was nice to get back in the saddle too! Before I got on the bike... I'm sure you might recognise some of this chatter that goes on...  I kind of was leaving it a bit late to go around to the doctors...  almost so late that I would have to use the car I have been fighting of a cold for about a week and have feeling particularly lethargic so maybe I ought to just take the car after all It's been a bit difficult to focus over the past few weeks and it seems that there isn't enough time to squeeze in the exercise at the moment Having not bee
Post a comment
Read more
More posts