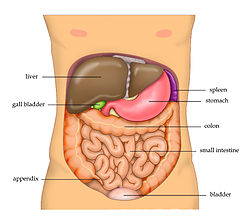 I must admit when Greg started to talk to me about Liver cleansing I thought these things never work. I've heard about detoxes and programmes to cleanse before and if I'm honest I think they are mostly gimmicks to relieve us of our money with some great marketing blurb...

But Greg is no fraud and he has taken a freely available process of cleaning the Liver (and gallbladder) which was developed by Andreas Moritz, added his own minor modifications and supports people though the process... he has helped 1500 undergo this totally natural process without a single incident other than what is expected from the treatment.

This isn't about making profit... this is an 'open source' well documented (through reports and experiential comment) cleanse that anyone can choose to do... not backed by any company, working with the body and encouraging the internal organs involved to do what they do. The liver is one of the largest organs in the body and looks after about 500 functions... it's pretty important!

So what happened for me?


If you have read the first part of the liver cleanse story then great, if not then head over here first...

The premise of the treatment is to clean the body of imbibed food and then provide the solution of Grapefruit juice and olive oil to the Liver / Gall bladder... let it do the work and then flush afterwards once more... ready to resume a normal diet... or perhaps an improved one?

Greg handed me the first bottle of Epsom salts solution (1 of 4) ... I didn't really know what to expect, I've used them in a bath before but never drunk Magnesium Sulphate... Well let me tell you... bitter is a bit of an understatement. I have the ability to kind of turn off my taste buds (neat trick sometimes) but even this didn't stop the bitterness registering... after the bottle was finished Greg gave me a glass of water... how very bizarre... the epsom salts are so bitter that the water now tasted as if sugar had been added, kind of sweet... the taste of water taking on a whole new meaning!

I wasn't disappointed to finish the water and was preparing for a 45 minute time window to retreat back to mum's with my other 4 bottles... However Greg wanted to go through the process with me and make sure that I had it clear in my mind what I was to do. 35 minutes later... in the car... in the rush hour... apprehensive if I would make it... fortunately I did... a bit late but the action hadn't started yet!

The actual events themselves are recorded in the previous blog... but what was my actual experience, what results did I feel?

Cooking up a tomato based source with onion and garlic was another difficult moment... however I was onto the second bottle of epsom salts by then and it's not obligatory to test yourself like this... but the tomatoes needed cooking I would be busy (probably) the next day and... I always like to push myself to the edge too...

Once you start the epsom salts and then subsequently the meditation (Greg's minor addition and modification) things are going on so not time to be bored. Greg suggests after 8pm (2nd bottle) that you retire to the bed, get comfortable and focus on your amazing body... which is an absolute miracle each day and we soldier on pretty much ignoring how amazing it is.

Just think of a simple process... eating some food... in it goes... it stops somewhere inside... then the brain activates some enzymes, acids and other organs to start secreting... the food breaks down... it enters the bloodstream... the liver goes to work... the gall bladder ensures the right amount of bile is dispensed to process fats, minerals etc... all this going on while we go about whatever we are doing without any thought whatsoever... it's just an awesome piece of kit we're walking around with... and how often do we just sit and think about that? ... hardly ever... but great addition Greg!

As you will have read in the previous post the night was eventful in the middle... and by 8am in the morning the 2 bottles of epsom salts for flushing had been consumed also...

It was during the preparation of a fibre rich breakfast. Greg suggests raw food that is high in fibre such as grated carrots and apple, cabbage if you have it... I just added a few sultanas to the carrot and apple along with a sprinking of Cider vinegar.

What did pop into my head as I did this was how much we take our food for granted and often how we pay such little attention to savouring the tastes and giving this sustenance our time to appreciate it. The 'fasting' followed by this 'liver cleansing' has definitely awoken me on this score and changed my 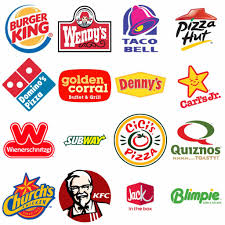 attitude to food and how, combined with our body's 'processing ability' we are sustained. It is no wonder going back in time why cultures were built up around food, and very sad that today this vital part of our very existence has been relegated almost to a hindrance. With 'Fast Foods'... and 'eat and go' joints dominating many people's lives... little thought is given to what is being eaten, no appreciation of food itself, and virtually no nutrients or minerals in what is being consumed to boot!

In the morning having spoken to Greg about the picture there was instant recognition of what had been removed from my body. There is little doubt in my mind that there was definitely a significant amount of cleansing... I had eaten nothing... what we were seeing was a lot more than 500ml of grapefruit juice and oil... something had definitely happened.

On a mental note... I felt sharper and more alert... more energy would arrive on Saturday morning (Friday I was a little tired) however comments were made that somehow the radiance was brighter this morning... who knows? ... but it came from more than one source!

Other immediate benefits... I did feel like someone had washed my insides around my stomach... I can't describe it but I felt less clogged up somehow... maybe that was in the mind? ... my digestion and normal movements returned by late Saturday afternoon... so all in all 3 days I reckon for the whole process to work through.

I asked Greg, how do we know if we got it all? ... whether there is still more? ... the answer was there always is... years of basically living a modern lifestyle takes its toll... you could do this monthly for 1/2 a year and probably just about get rid of what has been building up... a bit like dredging a canal... you get the easy stuff first, then go deeper and deeper each time...

Will I do it again... I didn't think so leaning over the toilet at 2am early Friday morning... but now after it's over, I'm feeling much more alert and sure... I will want to cleanse further... watch this space!

How can you do this?


If you live around Watford or South West Herts we will running a workshop next Monday 8th October 12:30pm to go through the process (eventbrite event will be added and a facebook event too, will add to comments here) ... then for those who actually want to take the cleanse they can collect their bottles that day... if you want to do that then might be as well to give a day or two notice so the bottles can be prepared...

...Pick up the book... everything you need is in there... you will just need to source the ingredients


The exact measures, quantities and process can be found in the book (link above) and I will add as a comment on this post once I have typed it up.

Just for completeness let me state that there are medical reports and other commentary to suggest this treatment doesn't work and that what is finally secreted is created by the process itself rather than what is cleared from the liver and gall bladder... however... as always, you must make your own mind up... I'm not convinced that any 'bodies' working to promote their own products (pharma) and create customers who keep spending (health service) are the best people to listen to anyway... too much vested interest and too much to lose if we all started taking responsibility for our own health.
Health & Wellness 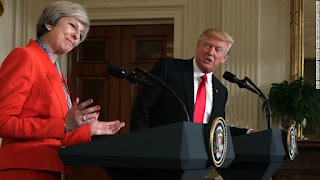 I speak with a lot of people and often I get into enthusiastic discussion about 'the way things are' and how can we 'bring about change'. I totally get that people are worried and especially about what we have now. It appears that the democratic system has failed us. Once again an external instrument that has been wielded against us and to which we have fallen 'Victim'. Many that hitherto have defended Democracy to the hilt are dumbfounded after the events of 2016, and now doubt has been cast on its efficacy. You could be forgiven for thinking that we have gone backwards. Full circle... discontented people, the rise of a charismatic leader promising to change things and make it better for all, fascism, nationalism on the rise. Another more terrifying way of looking at it... A widening gap between people once friends, now, through nothing more than a difference of opinion, on a supposed different side. A desire to not speak to the 'enemy', which amo
Read more