To text or not to text that is the question 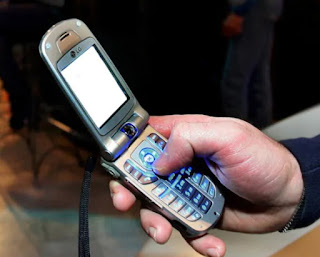 I've been a fan of Texting as I am sure most people have been since those early days of 10p a text I think it was once...

Today there are hundreds of ways of messaging people... Text, WhatsApp, Messenger, Twitter, linkedin, Hangouts, Skype, Pinterest, Instagram... and that is just scratching the surface with the most popular ones. Often if you receive a message and don't catch the notification you can be wading through the apps trying to find the message.

Like Email; an absolutely amazing innovation when it first appeared... you could send a message anywhere in the world to anyone pretty much instantly... before that it had been 5 days in the post, or expensive phone calls, or... telegram... now I'm going back!  ... telex anyone, facsimile was also there in the mix but way more expensive than email which is FREE! (-ish)

But what has this instant communication actually done?


A lot of the naysayers will immediately say that it has stunted communication and no one talks to anyone anymore, especially the kids. In reality that is not true, people do speak but, they may do it differently.

There is a lot of truth in the fact that people can and do say different things when behind a computer screen or a telephone. 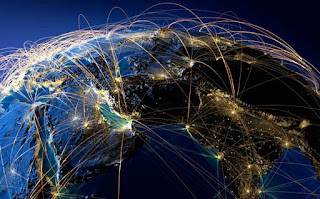 But I think the biggest challenge we face today is not whether the technology is good or bad, but how we are choosing to use it as a form of communication.

Communication of what we really mean is under threat


There is no doubting that the tools we have now means, we are the most connected generation(s) the human species has ever seen, and yet, loneliness, anxiety, depression, addiction (all signal of disconnection) are at all time highs. Something is not right.

I remember fondly the beginning of the acronyms with texting. They came about to save money initially... LOL being the first, although this began the first foray into miscommunication. I remember someone reciting the story of a grandaughter who was messaging her grandmother that she had broken her leg... to which the grandmother replied ... Oh poor you... LoL ... Now how do you take that? ... except the grandmother meant Lots of Love as opposed to Laugh out Loud.

And in this simple example I think the fundamentals of where it has all gone wrong are founded. 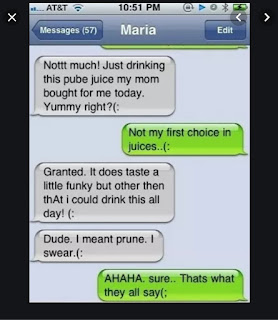 
We've got pretty good at typing. Autocomplete sometimes helps, sometimes makes us smile, and on other occasions can cause acute embarrassment. All this serves to support us in using non verbal communication in the form of messages.

The challenges with messaging spawned from those early days of cost (characters per text, or perhaps laziness / speed) we cut corners. We cut corners on punctuation, spelling, and we abbreviated often and used acronyms. Sometimes messages were hardly understandable... however...

This has lead to a familiarity of messaging and propensity to use this method of communication over using voice (although most platforms do provide this as well).

Punctuation is not an option in communicating our message. But the lack of it in quickly typed messages is a fertile breeding ground for misunderstanding. A completely different message can be communicated with the absence of a single comma. It is difficult enough to communicate our message with the spoken word. We often have to repeat ourselves using different words and sentence 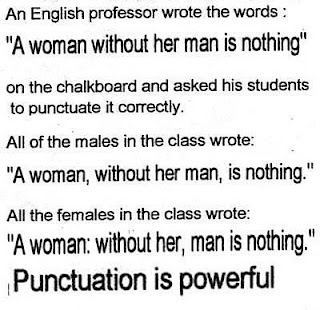 construction to effectively get across what we wanted to say. Only when that message is communicated back to us can we ever really be sure we've done the job... and the more complex the message the more challenging this task.

The task of reparation


I don't know about anyone else but I've definitely found myself in a real pickle of trying to repair the damage of a misinterpreted message. There are so many ways to interpret these messages and depending on the person reading, their state of being, and perspective, it is possible to have appeared to say the complete opposite to that which we first intended... couple this with a few auto correct mistakes and basic errors of our own... we can swiftly enter the twighlight zone! 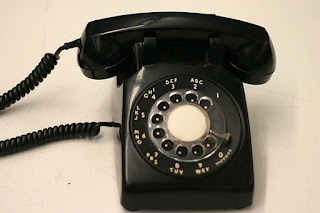 
I think I am now veering back towards using that archaic tool from the annals of time; the phone, maybe with a bit of video thrown in as necessary.

When we can hear someone... the pauses, the inflections, the intonations, we get way more than what we receive in a crude messaging platform. When you throw in video it leaps to another level.

Messaging is ok for... are you there? ... can you speak? ... confirming times / dates and co-ordinating group activities but as a tool for deep conversations, emotional work and relationship issues... this is now a big fat no-no for me.
Communication Community Technology