Amazing things happen when you leave the house... 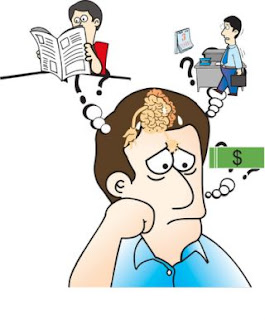 I was having a discussion the other day about conversations we have with ourselves inside our own heads. The discussion was with regard to the times we have agreed to go to a networking event and are now reconsidering as we prepare to get ready.

More important things have cropped up now which demand my attention (have they?), it will probably will be a waste of time anyway (will it?). I have been known to be incredibly creative in conjuring up reasons for my non attendance, I have a huge repertoire. However... In the end the one thing that makes me go is that I said I would. If I say I would go, then, unless, it is something life threatening I am going to be there... no matter what. It doesn't stop the mind chatter having a go though, but I just dismiss it now as a simple matter of course.

Before I launch into my story and the reason for this blog, I am a firm believer that when we say yes to something we did so for a reason. I am a big believer in "Gut Instinct" and "Going with the Flow" but... that internal voice doesn't know anything about those, and does its best every time to change our plans. 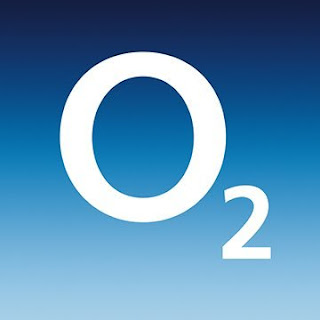 So onto the story...


Back in 2003/4 I was busy writing software. We had recently closed a deal to put together a Garment ordering system for a client who was using this for "their" new client; O2, who, needed to put orders on quickly and easily for new staff in their O2 shops.

The software was written in such a way that the forms could be amended easily for other situations where typically there was a fixed product range, and people would order a subset from all the products listed on the form.

In the meantime I received a "White Paper" from an author and professor about the slow uptake of "Online Systems" (web based software) within the Small to Medium Business sector, siting their reasons as a result of a study, and subsequent research.

Basically I agreed with the white paper's findings but not with their explanation of why the uptake was slow, and I decided to write back explaining that I was actually at the coal face supplying these systems to SME's (Small medium sized business) and had real experience on the matter with my own conclusions that were different to their findings. 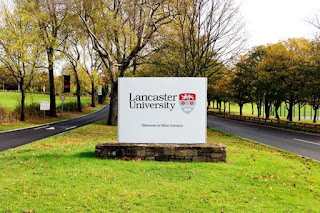 Impressed with my response I was invited to Lancaster University to present the software we were writing, the ordering system being used by O2, and to discuss with the MSC students the reality of deploying web based systems into the SME market.

So there we were on a cold November morning at Watford Junction station waiting for the train, when my business partner said... "Are we wasting our time today?" ... I said... "I have no idea really but what I do know is that, if we don't go out of the door, nothing happens".

We arrived in due course, and the presentation to the MSC students went very well. After the students had left, the professor and co-author of the "White Paper" said, the software you have developed that O2 use, my brother might be interested in a variation on that for his business. He gave me his name and phone number and said he would speak with him tonight, and could I please call him tomorrow. 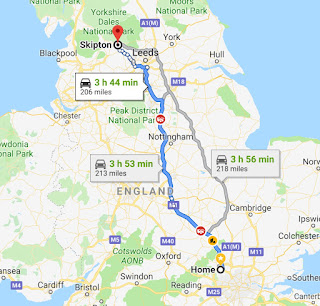 So I called the brother. A meeting was set for the following week in Skipton (4 hour drive from Watford) and... off we went.

The deal was closed in less that 4 weeks and what followed was a 10 year relationship. We supplied the software initially for managing the client ordering for 1 of their clients (a group of over 130 different locations), about 5-10% of their business volume, which grew into supplying the system to manage their entire business from customer order, right through to proof of delivery, accounts and management reporting.

When they moved off our software to another system (actually 3 systems connected together were needed to achieve the same) the company turned over almost £25 million having grown from £5 million when we initially began the relationship. Much of that growth was due to the software being a game changer in their marketplace, and enabled them to do much more business with the same or fewer people...

So in Summary... this is what happened...

"If you don't go out the door... nothing much will happen"