December 28, 2019
This blog post has been prompted by Brené Brown's book Rising Strong. In this book Brené discusses that we all need to need, and we all need to be needed. At first sight this is a bit of a mouthful to get your head around, however here goes...

From my youth and growing up with my parents I have countless examples of where my father would extol the benefits of being Independent. Don't rely on anyone, the more you can do yourself the better. It seemed like good sense to me, dad was decorating, gardening, wiring, building things, making things with wood... with a friend of his he put in central heating, with his bother he built a conservatory, and, on his own landscaped the entire garden... As a role model for a young kid growing up, he was definitely walking his own talk. Independence it is then I reasoned!

So for a good few years that's the way I played it... you could actually see his younger version in me as I proceeded to become a capable decorator, gardener, even wiring up garden / garage lights to the mains. Landscaped my garden, reconstructed sash windows and built many an outside wall and brick barbecue.

But... over the past 15 years as I have been working on myself and peeling back the layers of my learning and childhood, I begin to see the flaws in the early learning that I had so readily imbibed. None of us are actually independent, far from it in fact. Don't get me wrong, I am so happy that I can do all those things that my father taught me, but, I do not want to be a decorator, gardener, carpenter or electrician. Nothing wrong with the roles, but they are not for me.

It dawned on me in my own self development work and with the Human Givens approach, and subsequently Rising Strong with Brené that we all have needs. These needs require interaction and engagement with others, and so, even if we wanted to be independent this could lead to imbalance and our plans being thwarted.

We all need others, if we get in our car, if we drive down the road, buy anything (online or in a physical shop) ... cook... we need the output from other people's contribution and effort. It is only through the rich tapestry of community and our societies that we can do anything much at all.

What of being needed then?

To be needed (wanted), establishes and grows our connections, gives us self worth, makes us feel valued, recognised and appreciated, we all need this. We might subdue it, push it down, deny it to ourselves but it's there nonetheless. 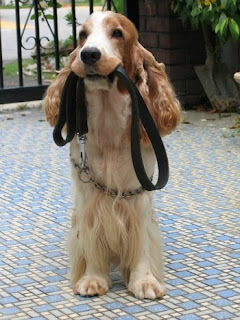 To need to need, now this is a different question. I have done a bit of research on this. In the paragraph above we are giving of ourselves, but now, in needing to need we are asking from others. I don't know about you but most of us find giving really easy, but struggle to ask from others.

Why do I need this I hear you ask?  I can just give, and give, forget the receiving bit, I don't need that. Just for a moment picture your relationship(s) with significant others. Think on this for a minute, what would it be like if you absolutely did not need anything from that person (or animal even)??  if you knew that the other person would just carry on and your presence made absolutely no difference to them.

What would be the point of the relationship / connection? ... We might moan and groan at being needed to do things for the other, but without it we are surplus to requirements.

If neither of you needed anything from the other, why is it still going on? Are we together because some need or other is being met? ...even if it is just to have an argument! ... which is receiving attention anyway.

On a wider scale if in society we are teaching people to be independent (which we are) then the message we are also giving is that if you are dependent then you are weak and somehow inferior. Being independent is tantamount to saying... I don't need other people to be successful, I'm ok on my own, or at least with my family unit... this discourages connection and community and perhaps in some way goes to explain how we have got to where we are... 60 years of promoting independence when all along it was an untruth anyway! 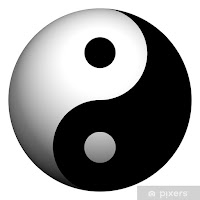 I'll be writing another post on Yin & Yang shortly, but this is a great example of just that ... Needing and to be needed are both sides of the same coin. Both are present whether we recognise them or not... in our current society, through my own observation and conversations I believe that we have got out of balance, and what we see in mental health issues today is a direct consequence.

Fear of being a failure, society judging us for being weak, low self esteem and self worth, giving which makes us feel a little bit better as there are people worse off than us.

Two examples in my own life of where people have felt this lack of being needed acutely...

Regrettably I never new my great grandfather. He was a self educated man, and had passed before I got the chance to meet him. I was somewhat disquieted however by the manner of his death. Basically he just stopped eating. He got the notion that he was no longer wanted and that he was a burden on my grandparents. So he just wasted away. There wasn't actually anything wrong with him except he felt that he no longer served any purpose. I remember as a child feeling cheated that I never met him, for reasons that at the time I could not comprehend.