What are you fearful of? 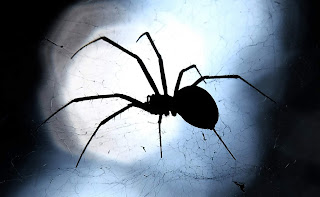 What are you full of fear of? That's a slightly different question isn't it, but maybe it helps to re-arrange the words and place the emphasis differently.

Many of us wouldn't identify with being fearful of that much nowadays; except the usual, spiders, snakes et al. In reality though fear is often right at the centre of our lives and decision making.

Fearful about what people will think?


This is at the root of a huge number of issues in society today, and is getting worse by the year. This is becoming an epidemic that is stifling and goes right back to our own beliefs about ourselves. Much of the time we're wearing a kind of mask that we're happy to be seen in public with. If operates as a kind of shield that we operate behind. We share ourselves in accordance with the mask as this is a safe accepted place and we can't get into much harm behind there. 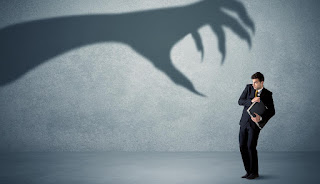 People expect us to behave in a certain way behind this mask and by and large we do what they expect, and life rolls on by within these confines. The problem is though... it is safe and we don't get into much harm but the trade off is that there isn't much happening either. No risk, no change, no growth...

It is strange isn't it... who are you? ... we make up a story of who we believe we are that is almost entirely made up of feedback from those around us, family, friends, teachers, work mates etc. etc. and then we behave in a way that is consistent with what they tell us.  What on earth would happen if we got tired of the person we are told we are and did the unthinkable?? ... what if we decided to do something out of character, something "outside the remit of our mask" ?

What would people think?

What if what I decided to do went wrong and I looked stupid or like an idiot? What if I made a complete fool of myself? 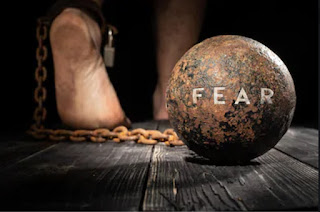 If you think back to the good old schooldays there were many (me included) who avoided the direct gaze of the teacher in an attempt to avoid being "Picked on" or to draw attention to ourselves. The fear of course was getting the question wrong and feeling stupid.

Since those days we have cleverly perfected the technique and shrouded it in beliefs to make us feel very good about not standing out, not doing something to draw attention to ourselves... stay safe!

This fear gets wrapped up and assimilated into a convenient mask of safety which then locks us in to the thinking from way back school days.

This fear of potentially not being supported in our endeavour by our partners, parents, siblings, friends, and peer group can be overwhelming which might just stop us in our tracks even before we've put one foot in front of the other. Only we can muster up enough courage to face the fear and do it anyway.

Staying with the pain though, to be berated, criticised, made fun of, told that you won't make it work, it'll end up in tears, can be absolutely crushing. I think the effort and determination required to face this pressure (from those close to us and whom we love in the first instance) can't be underestimated enough. It will need all your courage, will power, self belief and the support of an awesome peer group around you to move through it because escaping these chains and shackles ain't easy!

We live in a society addicted to comparison, success (material wealth), popularity, sensationalism, fake news, division and control. To be in the centre ground not putting your head about the parapet is definitely playing it safe, and we are bombarded by fear constantly to keep us there. 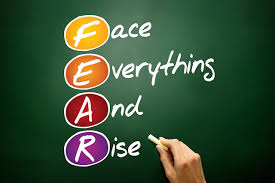 I think that when we learn that other people's opinions and beliefs about us are really just their views and we don't have to accept them, it can create a huge shift in our thinking.  What is really happening here is that these people are happy the way things are. You wanting to change means, things won't be staying the same and typically people don't like change... in other cases people fear that you might end up doing something amazing and that won't be easy to swallow either.

In any case... it's other people's worry for themselves that is making them project their fear onto you. They are really not worried for you at all... they are worried because you are shaking things up!
Personal Development